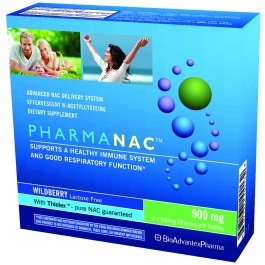 Oxidative stress is defined as an excessive load of reactive oxygen species (ROS), which cause ongoing or reversible damage in the body. This can occur in individual cells, and in specific body organs, and can affect the health of patients at the whole body level.
Antioxidants can chemically react with ROS to quench and thus inactivate these reactive, damaging molecules. Cystic fibrosis is characterized by oxidative stress throughout the body and chronic inflammation in the lungs. Patients with CF are deficient in the body’s major anti-oxidant, glutathione (GSH). This is thought to be due to many reasons, including dietary insufficiency, but being the major anti-oxidant of the body, GSH is highly utilized in areas of oxidative stress and inflammation. GSH serves multiple functions and is utilized by cells to regulate physiological functions such as DNA transcription, RNA translation, and subsequent protein synthesis. It is utilized to regulate protein functions and is vital in regulating dietary absorption of nutrients, storage and availability of essential proteins and fatty acids.
Oxidation reactions are essential to fight infection and are generated when neutrophils ingest bacteria to rid the body of pathogens. For reasons still unclear, in CF, the environment in the airways is strongly pro-inflammatory. After neutrophils have been recruited, neutrophil-derived oxidants are released into the airways, and contribute to ongoing tissue destruction. Oxidants, which include hydrogen peroxide, hypochlorous acid, and other damaging particles called free radicals are released and create a vicious perpetual cycle of tissue destruction.

END_OF_DOCUMENT_TOKEN_TO_BE_REPLACED

Glutathione is a very simple molecule that is produced naturally all the time in your body. It is a combination of three simple building blocks of protein or amino acids — cysteine, glycine and glutamine. The secret of its power is the sulfur (SH) chemical groups it contains. Sulfur is a sticky, smelly molecule. It acts like fly paper and all the bad things in the body stick onto it, including free radicals and toxins like mercury and other heavy metals. But that’s not all. Glutathione is also critical in helping your immune system do its job of fighting infections and preventing cancer. That’s why studies show that it can help in the treatment of AIDS and MS. It is critical for immune function and controlling inflammation. It is the master detoxifier and the body’s main antioxidant, protecting our cells and making our energy metabolism run well.

What’s glutathione got to do with CF?

Glutathione first seemed to come into the limelight relating to CF  in 1997 when Valerie Hudson worked with Dr Clark Bishop (CF Clinic in Salt Lake city Utah) to undertake the first trial using glutathione (GSH) to help her 2 young boys who both had CF. Its a great example of the fact that no one is more dedicated than the parents of a child with a chronic illness or disease.  You might like to check out the article here:
Article : A mothers fight against CF

The thinking has since shifted to N-acetylcysteine (precursor to gluathione synthesis) as a more effective way to support the body in generating gluathione on its own.

1] In 2006, stanford university started to investigate N-acetylcysteine for CF. – They did a small randomised placebo controlled, double blind efficacy study investigating NAC on lung inflammation in CF and two of the professors applied for a patent with regards to gluathione being used as a treatment for pulmonary lung disease.

2] Standford university professors then trialled NAC for use with Autism (2012) as they believe it increases the capacity of the body’s main antioxidant network.

The jury is out on whether glutathione is offering any real benefit but clearly there are lots of parents out there who are still trialling it as a supplement.

What about you? Have you tried glutathione with your child and can you guestimate as to whether its made any difference?